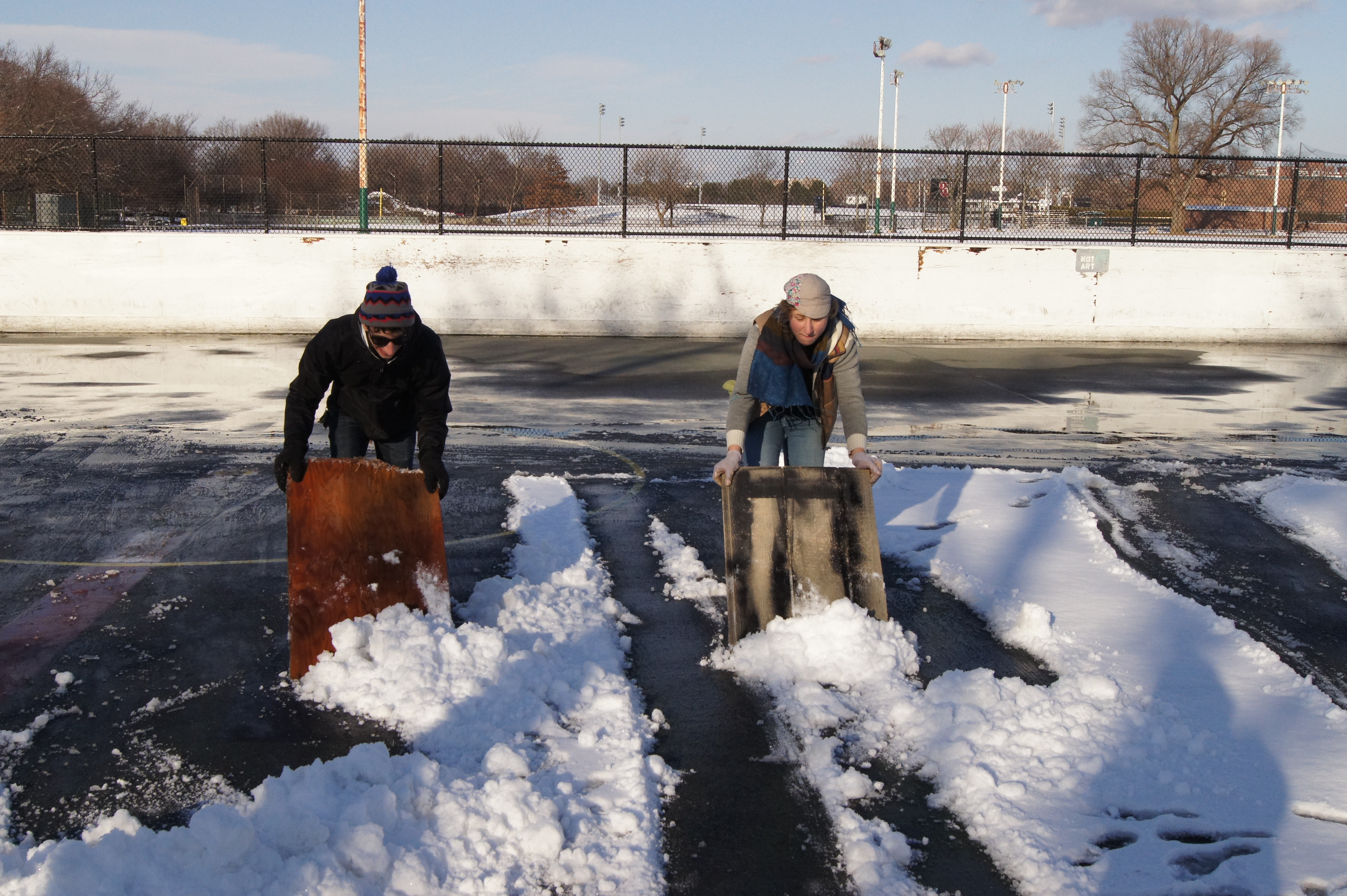 If I see one more picture of Minneapolis’ indoor court I am going to smash my computer screen in anger (jk/not jk). It’s JANUARY and you are in the land of the POLAR VORTEX, you should be suffering and not playing polo. Every picture I see of people hanging out inside, drinking beers on couches, and mallets upon mallets lined up for pick-up makes me burn with rage.

Here in Boston, we don’t take winter polo lightly. We earn our court time. In fact, we’ve stop playing polo altogether. We just shovel out our court for the fun of it, and then watch it accumulate snow again. That’s the real way to get swol for the upcoming season. You should see our biceps.

This weekend we dug out the court on Sunday, and brought winter polo to a new level with two key additions.

Water pumps people! That’s some next level shit. Doesn’t matter that it hardly made a dent in the flooded corners. It’s the thought that counts.

Finally we did get in half a game on Sunday as the sun was setting and people gingerly rode around piles of salt on the court. But then we realized it wasn’t as fun as clearing the court so we went home. The end. -CF 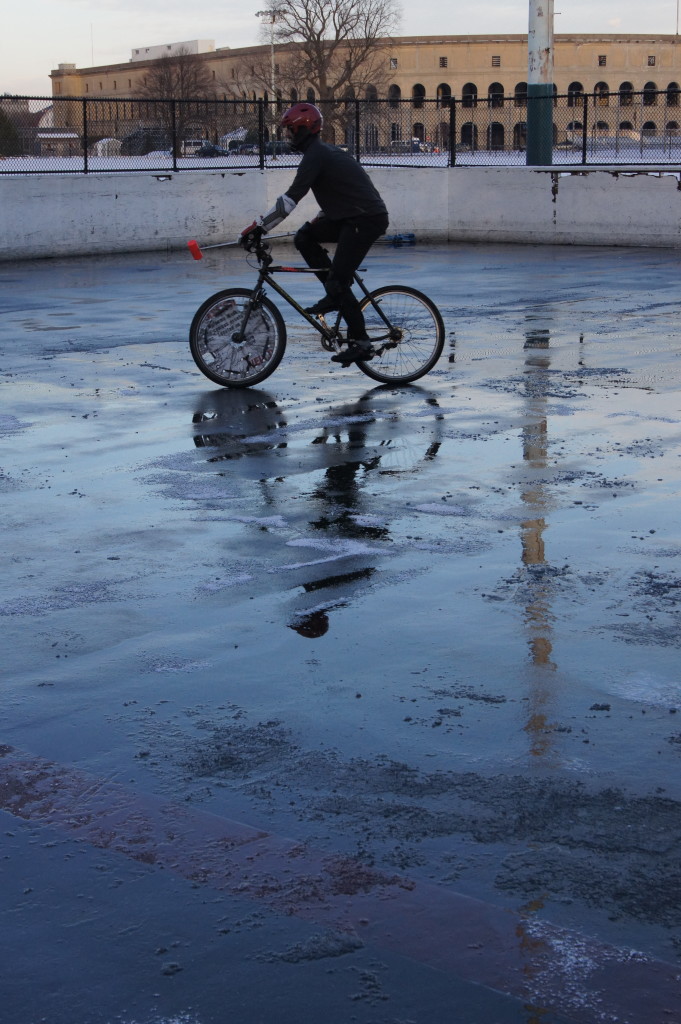 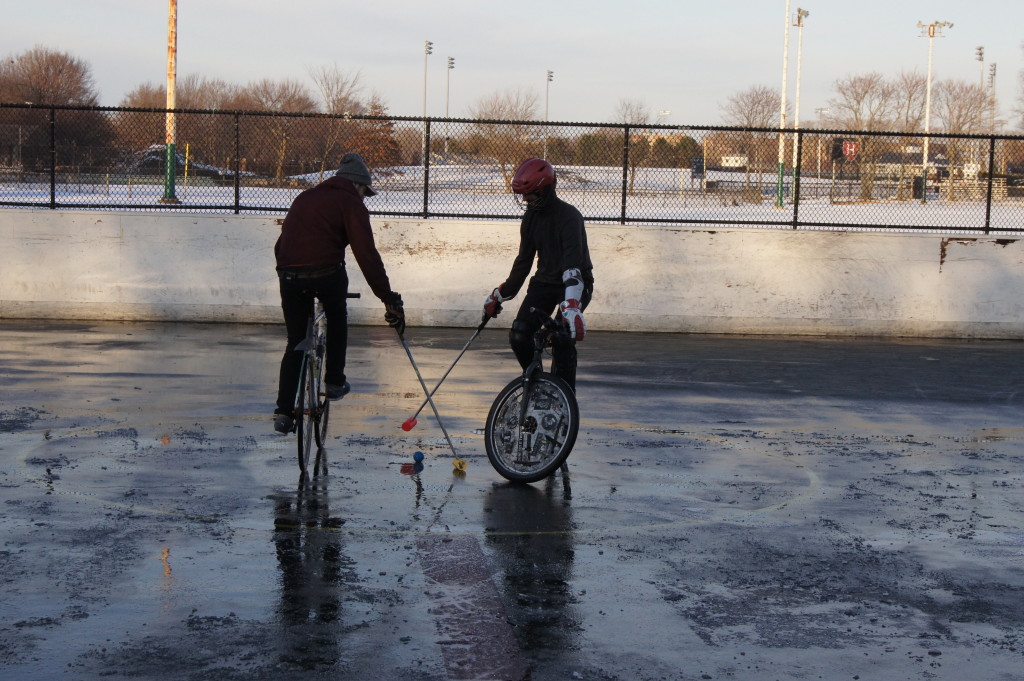