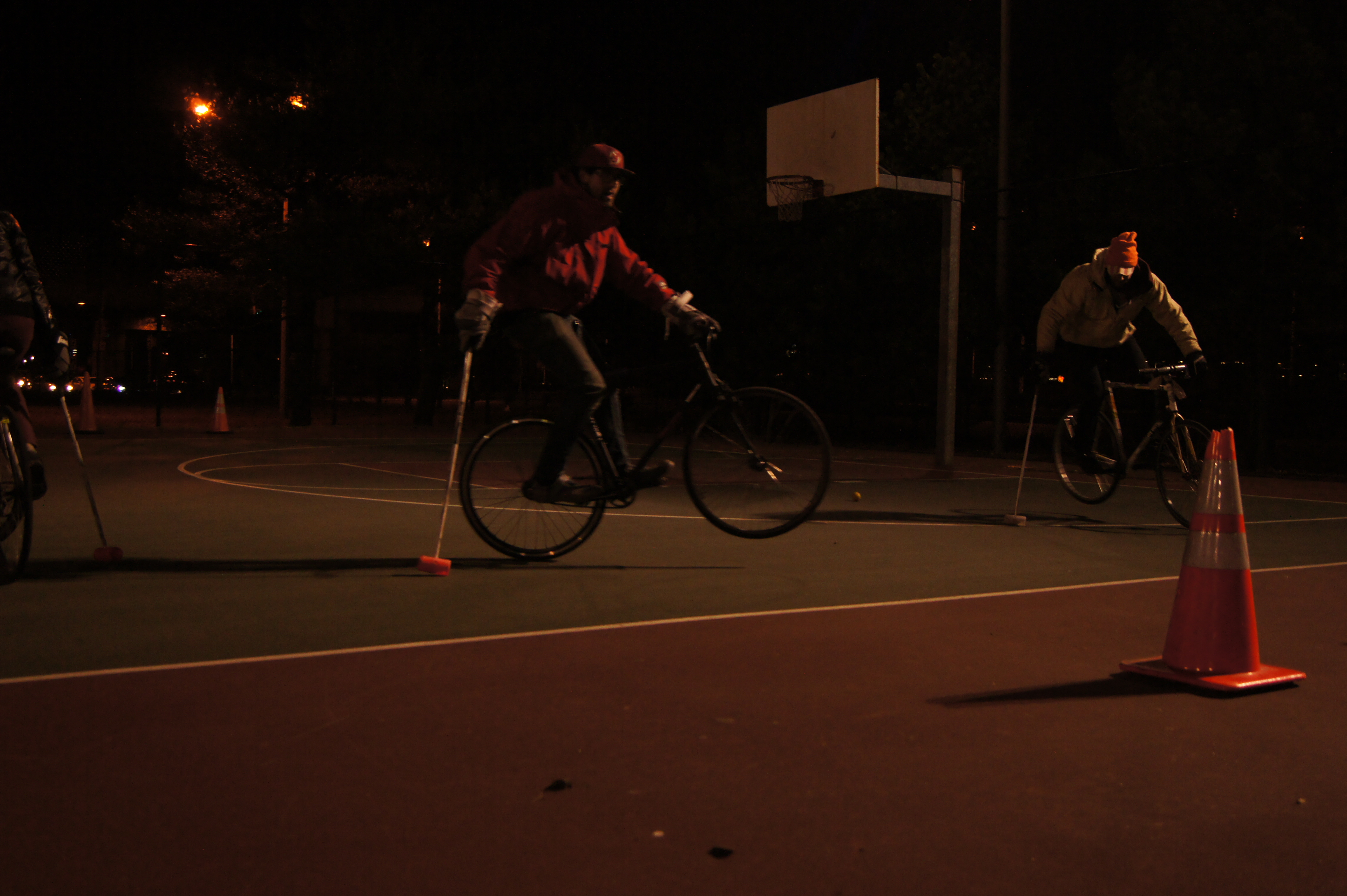 It’s that time of year – the time to make New Year’s resolutions, only to fail at them around the third week of January, make a half-hearted attempt to restart them in mid-February, and then totally abandon the resolutions all together by March. Maybe this year it will be different. Probably not. But either way, here are MY polo related resolutions for 2014:

– Master the Mateusz (of Berlin/Krakow) Goal. It’s that goal when you’re racing down the court and on the goal line you just tap the ball between the goalie’s wheels. I’m going to master it this year.

– This is going to be the year of being that person. You know that person – the one who goes to the court on off days to hit around by themselves (ideally with some headphones listening to some sweet reggae tunez), shows up early to pick-up, and, you know, practices. I want to be that person this year. For once.

– GO TO LADIES ARMY. BUT SRSLY THIS TIME.

– Play tournaments in the northeast, and make northeast polo friends (I’m looking at you Eastside polo).

– Be a good club member in Boston/help get shit done/be friendz.

I asked some of the other members of BBP for their goals, and this is what they said:

I’d like to strengthen my off court relationships with my club mates. While not directly polo skill related, I think it’s something that can really affect what happens on the court. Also, I’d like to play in more tournaments and play in those tournaments with more players from other clubs.

-go to nahbpc and maybe worlds

-teach Diego how to ride a push bike

–Never lose my temper on the court

-Get on my bike and practice ball touches once a week, separately from pickup

-Qualify for worlds, even if i can’t afford to go

-Write cooler articles for the blog

-And alan i’m with you on hanging out with polo kids when not at polo.

is to post a picture of his lunch everyday on our forum. This was his first one.