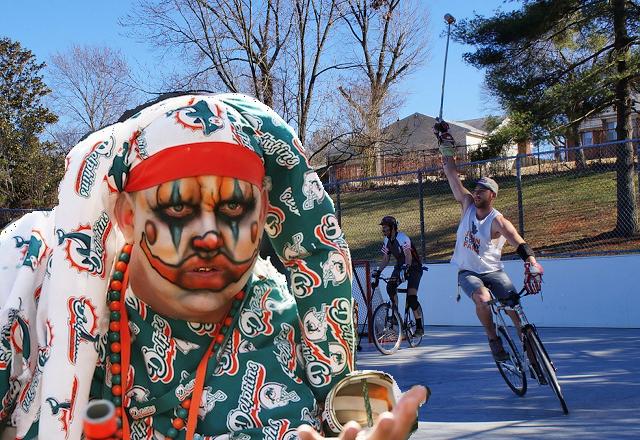 This Miami Dolphins “bullying” case has been grinding my gears for a week now. As a fan of the Miami Dolphins, it’s disappointing to see the team in the news for reasons other than on-the-field performance, but this is the reality we’re dealing with. The NFL has its flaws, and I think we as a community of athletes have a lot to learn from that. There is an interesting parallel between this story and any given polo club’s member dynamics.

I am not denying the fact that Richie Incognito is a common street thug that lucked into a NFL career through sheer brutality and ruthlessness. I will gladly grant you that fact. There is no denying, however, the fact that his brutality and ruthlessness are desirable qualities— for modern NFL linemen and in other sports. He is a committed leader, a loyal teammate, and a fearless competitor. If Richie Incognito was on my team, I could relax knowing that this dude has my back if the shit starts going down.

Let’s say that there is a guy like Richie Incognito in your polo club. For this example, our version of polo Richie is a nice guy with a fierce temper, likes to drink excessively, hit on girls, talk shit about opponents, and goon out on the court. He’s capable of tournament-level skill position performance, and he’s fiercely loyal to his teammates. Sound like anyone you know? I think every club has a guy like that.

A lot of talking heads are throwing a lot of buzzwords around such as “bullying,” “harassment,” “abuse,” and “hazing,” so let’s say that this parallel-universe polo version of Incognito likes to heckle teammates from the sidelines when he’s not on the court. Holding a PBR he screams, “I’m gonna SHIT in your MOUTH. You’re still a rookie, I’ll KILL you!” (on a personal note, I have heard WAY worse heckles from the Boston sidelines, more akin to personal attacks than anything). At this point, I’m still not convinced that anything inappropriate has transpired. The only things thrown were insults, not punches. It’s clear that Richie is an asshole (clearly he has an anger management issue), but there is no evidence that he is a deviant. He strongly encourages rookies to buy 30 racks of PBR and drinks five beers without chipping in. Is this harassment or hazing? When I first started playing polo I brought a twelve-pack every time I went to the courts, because I knew that if I couldn’t contribute on the court, I wanted to be able to contribute something on the sideline.

Yeah, polo Richie’s behavior is generally inappropriate, and you might not want to play with him at pick up, but in a tournament when the game is on the line and the next goal wins, I want Richie on my team because I know he has the killer instinct to smoke the opposition when the team needs a boost. I call this “mental toughness,” the ability to focus under pressure and ferociously guide a team to victory. A significant portion of winners-bracket level polo “athletes” did not grow up playing team sports. Personally, I played tennis, and I sucked at it. I wasn’t exposed to good coaching or leadership, and as a result I can be a very sore loser, and an even sorer winner. We all have our mental handicaps when it comes to sports performance— some people choke, some people allow their frustration to take hold and ruin all the accomplishments that preceded it. Being mentally tough is a desirable quality in sports.

I think the important thing we take from this story is that there are different levels of mental toughness at any level of every sport. We as athletes have to be tough enough to take constructive criticism from teammates and focused enough to block out heckles and insults from opponents. The number one rule of bike polo is “Don’t Be A Dick,” but for some players, being a dick is a big part of their game. You have to block that shit out, play your game, and be in the business of winning. Don’t let the Richie Incognitos of the world dictate how you interact with other players. And above all else, GO DOLPHINS.