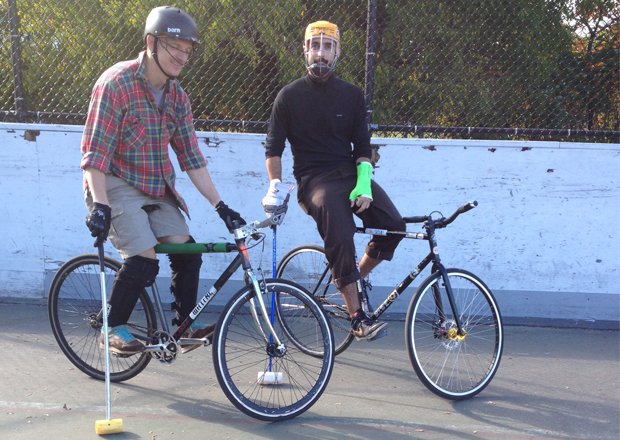 When my left scaphoid, the bone supporting the thumb, broke, I did not know it. Felt like a sprain. I would have just hopped on my bike and kept playing but my stem was twisted 90*  so I took a sub, and went to go fix my bike and finish my beer. I played a few more games that afternoon in early August. It was six weeks before I would go see the doc. Displaced fracture. Bone graft and a titanium screw. 12+ weeks in a cast. FML.

In my 6 years of playing polo I’ve had my share of nasty bruises and cuts. Especially in the first few years I excelled at crashing my bike for no reason. But I somehow always was able to limp off the court with only surface wounds.

I remember a dude who showed up for the first time to play pickup a few years ago. He’d heard about us online and was stoked to play. Even had slightly modified his commuter rig to play. Couple games in he has a bad crash. Fucks up his shoulder super bad. Like can’t move his arm. Someone gave him a ride to the hospital. That was it. Never saw him again. Polo career lasted one afternoon.

I wonder if I had broken my scaphoid 6 years ago, that first time I played,  what I would have missed out on. Or was I already hooked? We all know players who have bowed out of the game after injury.

Which kind of leads to the whole question of why we play a pretty dangerous game just for fun. Or better yet how does the danger make it fun?  Ask any polo player about injuries and watch them relish describing taking a handlebar to the nuts at high speed while dishing off a pass for a one timer. “Bike polo is my abusive boyfriend”. The fight club warrior mentality which is hilarious in the context of bike nerd stoners. I dunno. I’m just worried about everyone’s scaphoids.

Watch the crashing montage in this vid starting at 1:20 and tell me you aren’t worried about their scaphoids.

My problem is that even having gone through this shitty injury, I still can’t really entertain the idea of quitting polo, even though I’m if anything more likely to get hurt again. I’m older. Fuck, I have kids and responsibilities now. Hockey on bikes + Broken bones= WTF.

Thank god my wife at least gets it. Bulging nets on Sunday with buddies. A beverage or two with company in the great outdoors. A new thing that feels ancient even as we codify it. That in my polo dreams there are no bikes and we are just hovering midair. Gym class. Stretching my legs. So simple.

For her sake I’ll try to be smart and take it easy for a while. And I will.

But I know and you know that in a few months my hand will feel better, and I’ll be back into it. Going fast, feeling pressure from defenders, and I’ll have to take myself to the edge of my control, more worried about scoring than falling. To put a rubber ball in a net. Hah. 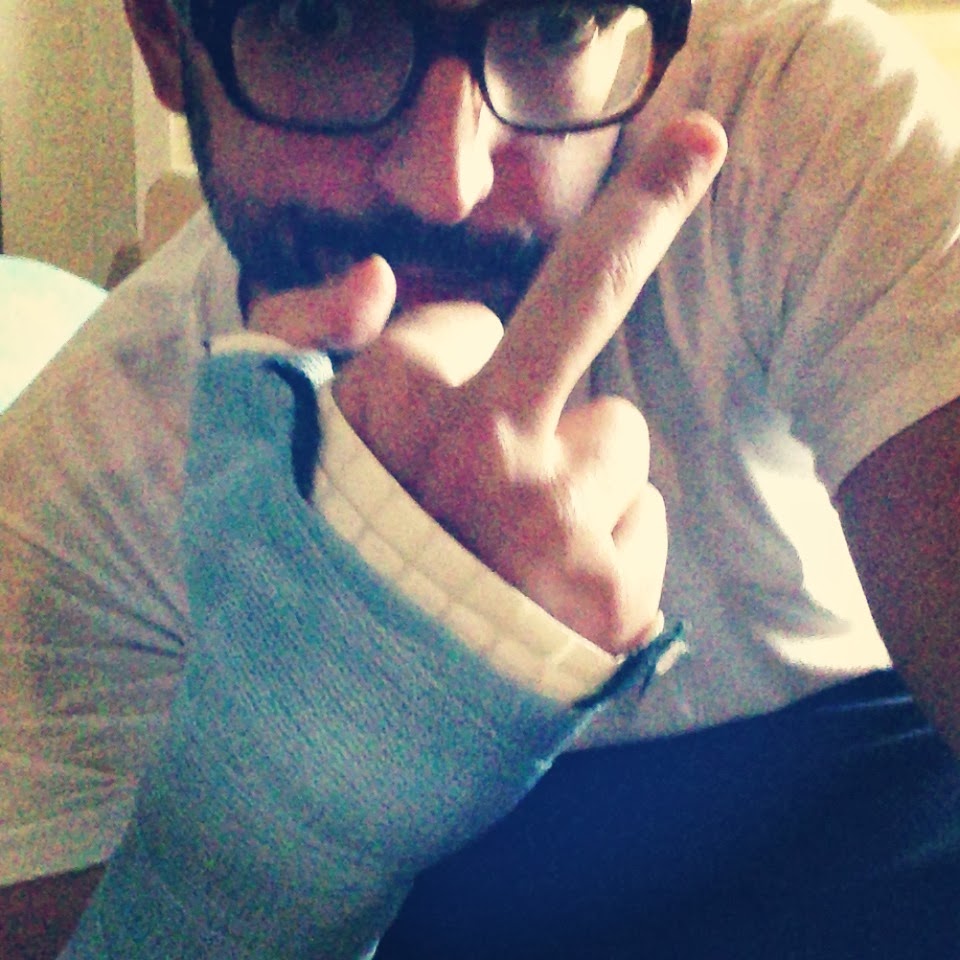 3 Replies to “The Polo Injury and the Happy Life”